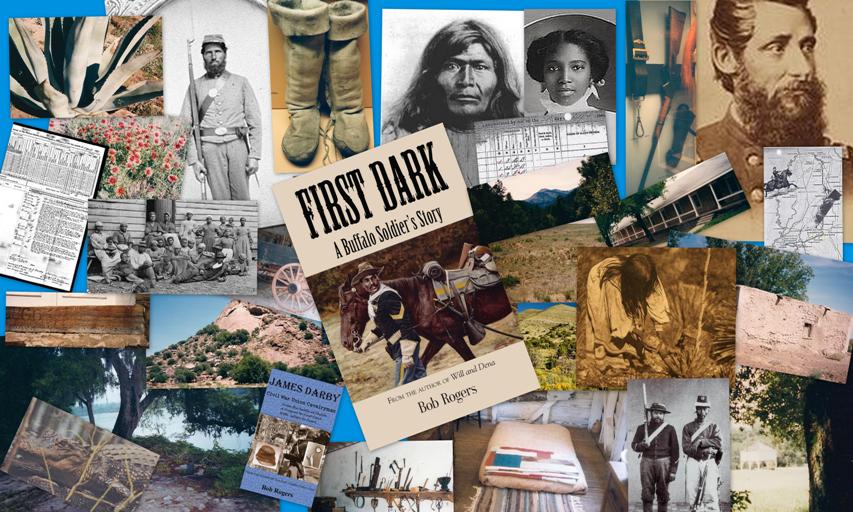 Why were they killing each other?

They came from several cultures that clashed in the 19th century.  Mexican revolutions and white America’s civil war divided countries and households; setting brother against brother.  In the meantime, Apaches and other tribes struggled against both Americans and Mexicans.  Blacks joined the fray by uniting with, as well as fighting against, whites and Indian tribes.

First Dark: A Buffalo Soldier’s Story is among the few novels that give voice to these enemies by presenting multi-dimensional characters that were ordinary laborers – before and after they fought.  They came from South Carolina, Mississippi, New Mexico, Illinois, Louisiana, Maryland, and the Republic of Mexico.  From the dialog of these common folks, learn in First Dark what they thought, who they loved or hated and why, and feel the romances that blossomed in spite of the violence that surrounded them.

For drama you will long remember, they invite you to meet them at first dark.  Start here.