Remembering the Sacrifices of the World War II Generation

Remembering the Sacrifices of the World War II Generation 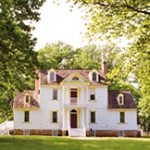 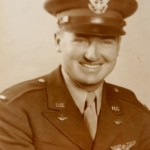 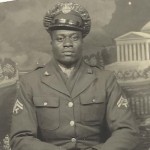 World War II spanned the globe and created more American casualties than any war save the Civil War. The generation that fought the war has been called “The Greatest Generation.”  Join Rosedale Plantation as we honor this generation of heroes and their sacrifices on both the battlefield and the home front. You will step back in time to the 1940’s, when N. Tryon Street was newly paved, North Charlotte hummed with textile mills and Rosedale was a large working farm. Experience this unique exhibit covering all four floors of the 200 year old restored plantation house. Offered during regular tour times Thurs. –Sunday 1:30 and 3:00 PM through Saturday March 29, 2014.

Weekends only: Spectator interaction with Millie Hodge, who was a teenager in Washington, D. C. during the war. She will share what the city was like after the Pearl Harbor attack. Millie also appeared with Eleanor Roosevelt for an interview which was broadcast on the radio. Spectator interaction with June McKinney, who will share her experiences as a child when Wilmington became a boomtown and U-boats lurked off NC’s coast.

March 22: Military re-enactors on site for demonstrations and Q&A.

Guest contributor Beth Harris is the Curator of Education at Charlotte’s Historic Rosedale Plantation.  Reach Beth at 704.335.0325 or [email protected].