Extraordinary Love and Courage in the Face of Adversity 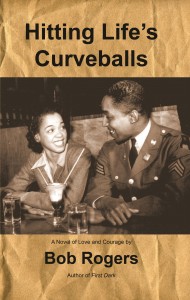 generation.  Will Wallace, Jr. learns baseball from a local star catcher in the 1930s–his father.  His father’s friend, a small town judge and former catcher for the Atlanta Crackers, helps guide Will’s on-field public_htmlment.  Will’s father is his baseball and life coach.

Will’s sweetheart is Dena, whose mother disapproves of their romance.  Dena’s mother sees Will as beneath their social circle and declares he will “never amount to much.”  Dena loves Will and rejects the suitor selected by her mother.

Their story is one of love and courage in 1940s North Carolina.  Can the couple survive the turmoil confronting them from a class and caste-conscientious mother, racist norms enforced with deadly violence by the Ku Klux Klan, and the struggle against the German and Japanese war machines?  During the war, the young man first guards pilots and planes of the Tuskegee Airmen (Red Tails) before he is thrust into intense combat that erodes his hope of living to see his sweetheart again.

(Previously published under the title: Will and Dena.)