Ballad of the Buffalo Soldier 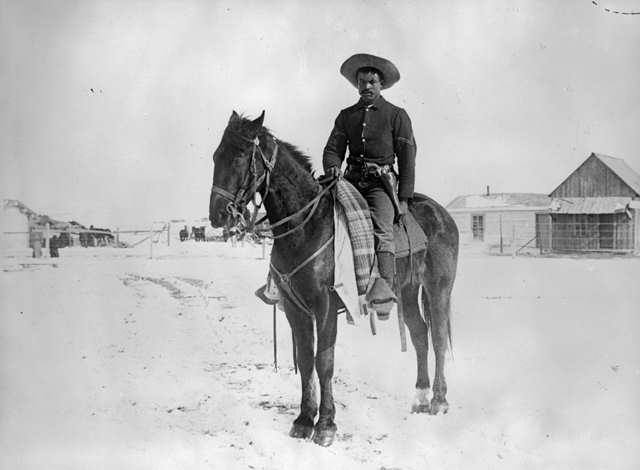 Ballad of the Buffalo Soldier

Charley Waco has delivered the quintessential western style ballad in his heartfelt tribute to our unsung, but unforgotten heroes – Buffalo Soldiers.  You can listen to his soulful rendition by clicking the audio player in the sidebar on the right hand side of this page. 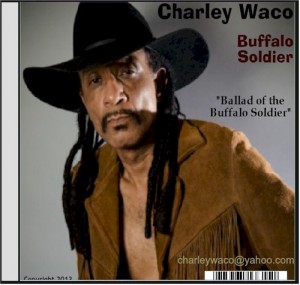 Charley was born and raised in Waco, Texas. Inspired at an early age by Country and R&B legends of the ’50s, ’60s, ’70s, and early 1980s, he swooned beside his radio as he cultivated his Raw, Down-Home, Gut-Country baritone voice in the choir at First Baptist Church located on 7th and Jefferson Street and Pastored at that time by the late Rev. Dr. L.F. Hardee. Along with the vocal training he got at church, Charley taught  himself to play bass guitar in junior high school where he formed his first combo/band. He was a member of the talented George Washington Carver High School concert, marching and stage band in Waco where he honed his musical ear under the capable leadership of band director Robert E. Lee Jr.

Click here to see and exclusive interview with Charley Waco.

Introduction: This song is dedicated to The American Buffalo Soldier. We pray for the day that we can finally put an end to all terror and war, and establish a true and lasting peace on earth.

Verse 1: There was a man, under the sun; He had his horse, and his gun; When his fighting days were done; Nobody talked about the battles that he won.

Verse 2: His word, was his bond; He gave his all, To his woman; To his daughters and his sons; The Buffalo Soldier, He rides again.

Verse 3: He went to war, he passed the test; When he was called, he did his best; He stood out from all the rest; A heart of Gold, In his chest.

Verse 4: He did not fight, for money or fame; He did not know about the land from where he came; From the Red Man, he got his name; The Buffalo Soldier, He rides again.