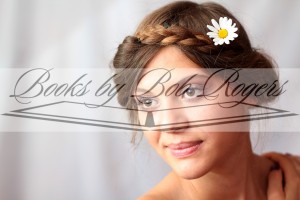 In America, race matters.  Within the artificial construct of race, color and class has mattered for centuries; and for that matter, still matter today.  A new methodically researched novel, The Laced Chameleon, sets forth the story of a young New Orleans woman in a life changing hero’s journey during the summer of 1862 that enables readers to witness color and class struggles at the eve of emancipation.  How did she become a chameleon?  Sex between white men and African, Native American, and mixed-race women produced offspring known as mulattos, quadroons, and octoroons.  Mulattos have no white grandparents, but a white parent and an African or Native American parent.  Quadroons have three white grandparents, while octoroons have seven white great-grandparents.

These arranged unions between white men and women of color existed in antebellum New Orleans society by contract in a recognized extralegal system called plaçage.  In The Laced Chameleon, Francesca Dumas was a quadroon.  While in a plaçage arrangement, Francesca and her contemporaries were known as placées.  Race and class matter in Francesca’s story.

Though this is a work of fiction, the mores, economic, and social options of women of color depicted in New Orleans, and historic events of 1862 are real.  Lists of fictional and non-fictional people mentioned in this work are provided within the book for your convenience.  The bibliography for The Laced Chameleon is available now at https://bobrogers.biz .

Spend Memorial Day weekend with Francesca and her friends.  Follow her first case as a homicide detective.  Order The Laced Chameleon from your favorite bookstore or online bookseller in April.

Comments Off on In America, race matters.