This post was first released in my Newsletter at 1900, Wednesday, 17 June 2015, two hours before the Charleston Massacre. 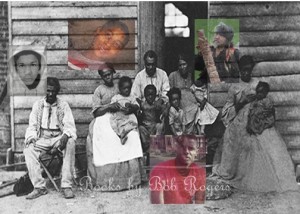 In America, race matters.  Race mattered when the first Europeans landed in the Americas.  Greed led to the enslavement, first of aboriginals, and when that failed, greed led to extermination and eradication.  To turn the all-important economic wheels of an agrarian era, the new European Americans enslaved Africans.  European Americans of means made laws that codified a new culture based on the artificial construct called race.  Over time, class and caste became integral and vital parts of the new order and were layered with race.

Implementation and systemic integration of these elements were highly successful.  Hate and fear of aboriginals and Africans was taught to succeeding generations enabling poor European Americans to carry out extermination of aboriginals and assist in keeping many African Americans enslaved for hundreds of years – until as recently as World War II.  Twentieth century technology and political pressures brought by African Americans, and some European Americans, made contributions that led to the end of the codified foundation of economic oppression, disenfranchisement, and American Apartheid.

Nonetheless, in the twenty-first century, there are European Americans who carry on the tradition of handing down to the succeeding generation two things: hate and fear.

I recently found four words that exemplify in some way that we are generations away from an America where “[all] children will one day live in a nation where they will not be judged by the color of their skin, but [only] by the content of their character.”

These four twenty-first century words are from a toilet stall door in a North Carolina public building: “niggers are killing America.”

From the twentieth century movie South Pacific, hear the late John Kerr sing “You’ve Got to Be Carefully Taught.”