Women Spies of the Civil War

After reading The Laced Chameleon, a growing number of people are asking if a woman could have performed the 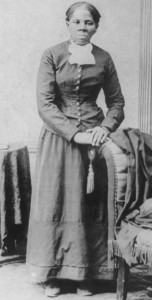 Harriet Tubman was also a spy.

roles attributed to Francesca Dumas in 1862. Of course, the answer is, “Yes!”

An 1876 book, written by former Confederate spy Loreta Valezquez, inspired several of Francesca’s antics, including disguising herself as a male. Valezquez’s book and H. Donald Winkler’s Stealing Secrets are included in the bibliography of The Laced Chameleon.

For further quick reading, see the Smithsonian article: Women Spies of the Civil War. “Hundreds of women served as spies during the Civil War. Here’s a look at six who risked their lives in daring and unexpected ways…”